Did you know... Sylvia Plath's Typewriters!

Wednesday, July 07, 2021
The idea for this post came to me back in August 2012! And for no real reason other than gross negligence, it has been festering in my "Blog Drafts" folder since then. I meant to post it in 2019, but then somehow now it is 2021. Today is the day to change all that. Better now, perhaps, than never.

Sylvia Plath used a number of different typewriters during her lifetime.

The typewriter identified in the below 1954 photograph of Sylvia Plath at her 26 Elmwood Road house in Wellesley is the Hermes 2000. 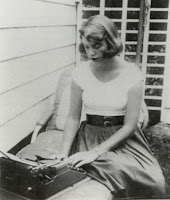 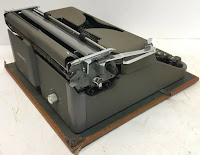 When Plath was at Smith College as a student and into her time at Cambridge when she was on Fulbright, she used the Smith-Corona Sterling. 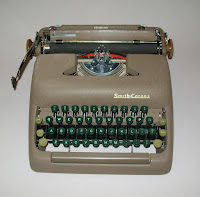 The above photo on the left was simply, permanently, borrowed from an eBay listing. However, there is a photograph of Plath's own typewriter, on her desk in Lawrence House, in her Smith College Scrapbook held by the Lilly Library. In this photo (above right, cropped), the distinctive lighter toned shift, tab, and margin-release keys are evident. Plath sold her Smith-Corona in England via classified ads, which I was able to locate with the help of Mark Wormald. Thank you, Mark! Imagine, somewhere, out there, is Plath's typewriter!

In 1956, Plath acquired the Olivetti Lettera 22 in London. Well, I think Aurelia Plath bought it for her. This machine was used for a long time; and she had gained experience on it on earlier trips to the Continent on breaks from her studies at Newnham. This is probably the typewriter she was photographed using on a stone wall in Yorkshire from September 1956. 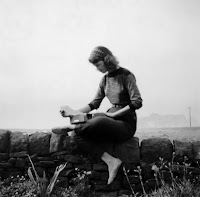 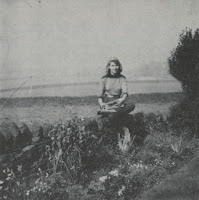 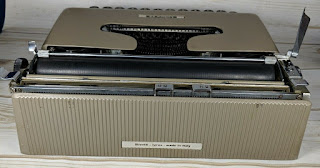 One typewriter, currently held by Smith College, was a Royal Standard HH. She was even photographed in her Boston apartment with this machine on her desk. Here I am typing on the Royal Standard HH back in 2012. 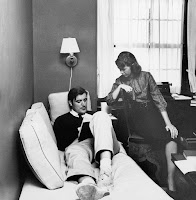 Plath's most famous typewriter was the Hermes 3000. Her very own copy sold in a Bonhams auction in March 2018 for a healthy sum of £32,500. Not many know this, but Plath's Hermes used to be held by Smith College---that is, it was part of what they acquired back in the early 1980s when they got their Big Plath Collection. It was sent back to Frieda Hughes at some point and then subsequently sold by Frieda for great profit. 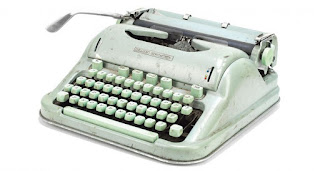 All of these typewriters could be purchased in various states of working order via eBay:

There are still typewriter stores, too, if you feel like going that route.

Now, for the Did you know... alluded to in the title In working with Plath's typewriters and working so closely with her letters and drafts of poems and other creative writing(s), I was astonished to realize that none of these machines had one specific key. Did you know... that in Plath's day, typewriters that she used did not have either the character for the number 1, or, as you might guess, the exclamation point?!

To type the number 1, Plath simply used the lower-case "l" key. And, for the exclamation point, she had to double-up by typing the period, backspacing, and then typing the apostrophe/single quote (') mark. Or, vice versa! And she used a lot of exclamation points.