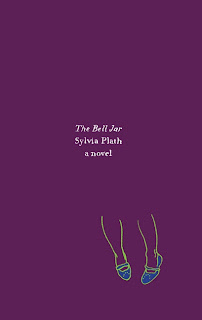 There were two books that came out in 2013 that presented some of Sylvia Plath's month in June 1953 in very different ways. Those books were Andrew Wilson's partial Plath biography Mad Girl's Love Song and Elizabeth Winder's look at what's been termed as Plath's Bell Jar summer, Pain, Parties, Work. In Plath's final journal entry before her suicide attempt in August, 1953, she wrote: "New York: pain, parties, work. And Gary and ptomaine - and Jose the cruel Peruvian and Carol vomiting outside the door all over the floor - and interviews for TV shows, & competition, and beautiful models and Miss Abels:" (capable, and heaven knows what else.) And now this: shock. Utter nihilistic shock."

Wilson's book is really very good but Winder seems to have gotten a fuller idea of what went on, having the benefit of interviewing many of Plath's fellow guest editors. In particular, Wilson and Winder disagree on the episode in The Bell Jar when Esther Greenwood attends a country club dance with Marco, the woman-hating Peruvian delegate to the UN.

It is an interesting scene. I wrote a little about how it may have been influenced by Plath's meeting with Ted Hughes in February 1956. But in re-reading the novel last December, another source for how the scene played out struck me: Plath's encounter with Bill the Vet which she recounts rather honestly in a letter to her mother dated 3 December 1950 (Volume I, pp. 237-8). After they danced a bit, the two went for a walk so they could talk and it developed that "he seemed to think we should have intercourse."

Plath's journals tell a more graphic story, see entry 45. Their conversation seems to be recorded verbatim, and at one point, "his leg lifts over yours. You feel reality, cold and icy, on your illusions...You are sick. He is damn strong. His arms and hands are pushing you down. You roll in the pine needles. You are scared. You think: This is one time your innocence won't help you; you're done. But then you're on top, shaking him, your hair falling in your face. He has relaxed. He's listening to the words pouring out. 'I hate you. Damn you. Just because you're a boy. Just because you're never worried about having babies!'"