Sylvia Plath lived at 55 Eltisley Avenue, Cambridge from approximately 7 December 1956 to 5 June 1957 when, on that day, they left Cambridge to convalesce in Heptonstall prior to sailing to the US. Ted Hughes lived there slightly longer as Plath was tied to Whitstead for the fall term.

Plath wrote to her mother, "On Dec. 7th a new life will begin" (Letters V2, 17). She wrote that at their new address they had a "livingroom, bedroom, kitchen & pantry" (Letters V2, 12).  To Marcia (then Plumer) Stern, she detailed that the living room was painted a pale blue and was furnished with a "dingy blue sofa, yellow lampshades & pillows, dark brown woodwork & furniture" (Letters V2, 37). She continued: "We painted myriads of fire bricks to match the walls & got good pine boards & built a 5-shelved bookcase 6 & ½ feet long, on which our growing book collection is stocked---very fine, our one wealth" (Letters V2, 37). When Plath wrote, she almost always invites her readers into her space.

Now that the scene is set...

Recently I was contacted by a Sylvia Plath reader (and reader of this blog) named Michael McGraw offering me (and the readers of this blog) some photographs he took in 1994 when he visited Cambridge. He wrote that he built-up the courage to knock on the door and was astonished and happy when he was invited inside.

Michael sent the following five photos from that trip. They show:

The fireplace may be the pièce de résistance as the bookcase---the famous bookcase---was just to the right hand side of the fireplace. You can see a bit of the mantle in one of the photographs, taken by Olwyn Hughes on 17 November 1956, when she visited Cambridge. 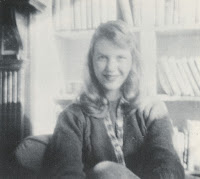 Michael adds that in the room that was Plath and Hughes' bedroom, the owner kept a books by Plath and biographies about her. A nice homage to the former residence.

Another photograph of Plath was printed in Letters Home and was captioned "Sylvia at home in Cambridge after her marriage, winter 1956-57": 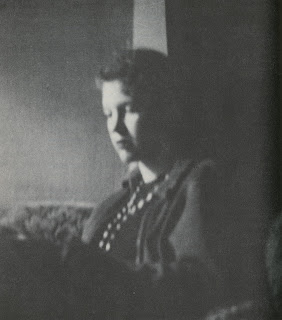 This is most likely taken in their living room, too.

Michael: I (we/the readers of the Sylvia Plath Info Blog) are so grateful that you shared your photographs of the flat in which Plath (and Hughes) lived for a time. Having been in several of the residences where Plath lived, too, I know how much seeing the inside really opens up how we understand and interpret Plath's living spaces. Thank you!

Copies of these images have been added to the appropriate gallery page of A celebration, this is, my website for Sylvia Plath.