The year 2021 is a quarter over. That may be a good thing. That may, of course, be a bad thing. Who is to tell? But, while many of you have been obsessing over the wrong things (clearly), a US-based man has been building an Empire (think Darth Vader, only more nefarious) in the field of Sylvia Plath.

Who was Sylvia Plath? Sylvia Plath was an American-born poet who died in England. (Is that the briefest biography published to date? Certainly seems to be an easier read for our consumers than a than the two ludicrously long volumes of her letters and a recent biography. (Think of the forests, people, please!) But we digress.)

Sylvia Plath, it seems, is important. It seems she has a worldwide following both physically and virtually. Her works have been translated in to dozens of different languages and, even, Braille. In addition, more importantly, she has been referenced in the iconic television show The Simpsons and is a frequent question (or answer) on Jeopardy!

Once we became aware of her, we turned to the internet, where all information is good information no matter how bad the information, and found a balding fellow who has, it seems, too much time on his hands. 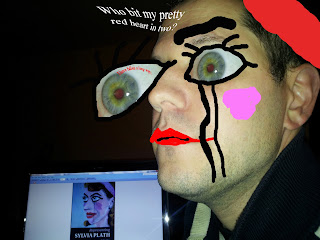 His name is Peter K. Steinberg. He has thousands of followers on Twitter, though most of them are bot accounts. He's on Instagram, too, but he's relatively inept at that medium. He co-edited the aforementioned volumes of letters, but the book has sold so poorly it will be out of print by the end of the year. Poor man. You might not know it from looking at him (pictured, left) but he is what's known in the Sylvia Plath Circle as an Influencer.
An influencer is, according to Influencer Marketing Hub, someone who has

Steinberg started the most popular activity of the pandemic: Plath Yoga. Think Goat Yoga but more literary. It has figuratively swept the world, literally speaking. Here he is, in action, as it were.

Plath was clearly pro-Pirate and pro-plank walking, using the phrases "walk the plank" and "walking the plank" in "Southern Sunrise" and "The Swarm", respectively. 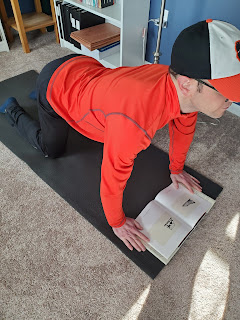 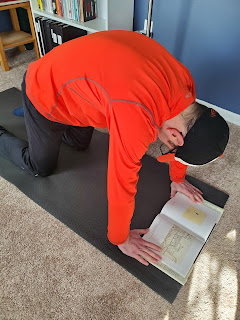 This is fairly meta as it is done with Sylvia Plath: Drawings open to Plath's drawings of bulls and a cat. 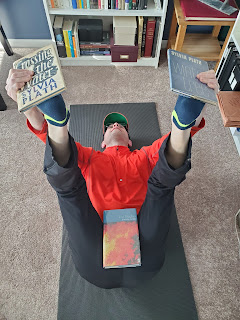 Plath undoubtedly was a happy baby in the early 1930s and certainly had her two children in happy baby position at nappy-changing time. For modesties sake we asked him to cover his crotch. 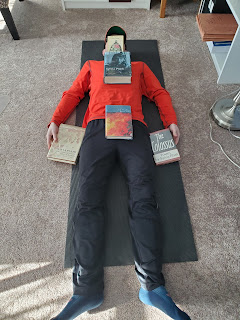 The corpse pose; relaxing and letting it all hang out. Like Sylvia Plath sun-worshipping off Marblehead in the July 1951. 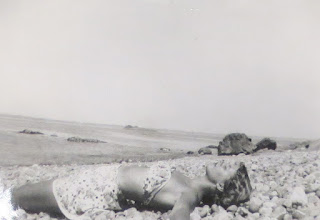