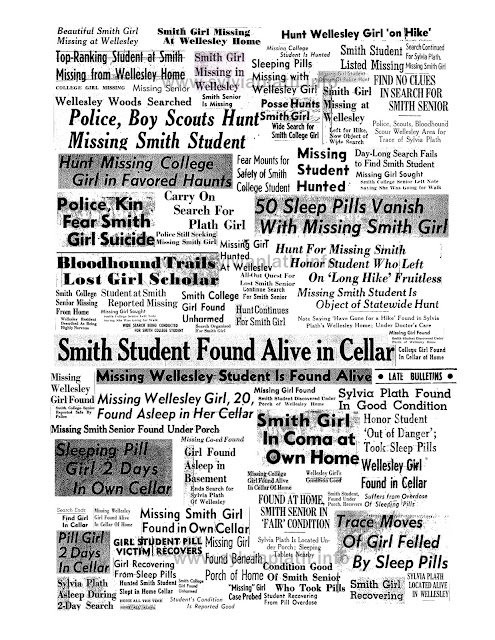 It seems impossible not to search for Sylvia Plath. Whatever that means either to you or to me. In the last year I have located a few more articles on her first suicide attempt, which was made on 24 August 1953, in Wellesley, Massachusetts.
The new articles were found in the Pensacola News Journal (Pensacola, Florida), The State (Columbia, South Carolina), the Tulsa Daily World (Tulsa, Oklahoma), and an additional article that ran in the Meriden Journal (Meriden, Connecticut).
The article in the Pensacola News Journal was found rather by accident as Plath's name is not mentioned in the article. But as you can see it is clearly about this bright young Smith College student.