Seventy years ago, in the summer of 1951, Sylvia Plath worked as a babysitter in Swampscott, Massachusetts, for the Mayo family. One of the children she minded was Frederick ("Freddie").

In her journal entry number 86, which I have dated to circa 12 July, she likens Freddie to a "Kewpie-doll". She says of Freddie, "A talkative Kewpie-doll faced boy of seven, with a Beau Brummel taste for socks and jerseys that match, and for shirts and bow ties - he appreciates more advanced stories, and is extremely clever" (71).

Interested to see what this doll might be and look like, I turned to my friend The Google. They are explained this way: "Kewpie is a brand of dolls and figurines that were conceived as comic strip characters by cartoonist Rose O'Neill." Next then on to Images where the following was found on eBay. 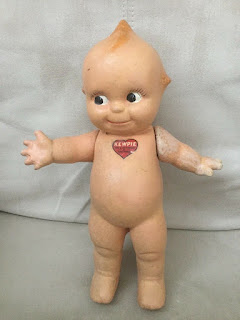 Ok, that is capital-D Disturbing!

Beau Brummel is a bit older than the Kewpie-doll. According to an online resource, "George Bryan "Beau" Brummell was an important figure in Regency England and for many years the arbiter of men's fashion. At one time he was a close friend of the Prince Regent, the future King George IV, but after the two quarrelled, and Brummell got into debt, he had to take refuge in France." Another site says that he is " remembered as the world's first dandy."

Plath was photographed with Frederic Mayo, Ann Meyer, and Joanne Mayo at the beach on 26 July 1951 by Marcia Brown. 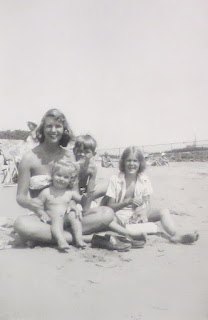 Of course, this summer is remembered in Plath's lovely poem "The Babysitters," among other writings Poet David Trinidad has a poem entitled "The Movie of Her Life" in his forthcoming volume Digging to Wonderland (Turtle Point Press, 2022) about this summer.