Heritage sells a copy of Sylvia Plath's A Winter Ship (1960)

Heritage Auctions has sold a copy of Sylvia Plath's A Winter Ship (Tragara Press, 1960). This just 8 days following Bonhams selling one. But there is a difference.

While the Bonhams copy was a 25th originating from Plath and her Estate, Heritage sold one of the 22 copies from the very large lot (Lot 141) of copies that sold at Bonhams last June. That sentence is confusing! The winner of that big June lot appears to be Nate D Sanders. In addition to selling this one via Heritage, he is offering two copies on eBay for $15,000 each. Copy 1 is here and Copy 2 is here. Sanders formerly had a copy of the publication on his website for $6,000. Sanders was active in the 2018 Bonhams auction, too.

Lot 45118 of the Heritage Auction, which closed yesterday, the 9th, sold for $3,750 (including buyer's premium). The wrappers for all these copies have different marbled patterns, which makes each one in its own way a rather unique item. There appear to have been a total of twenty-five made by Alan Anderson of the Tragara Press. 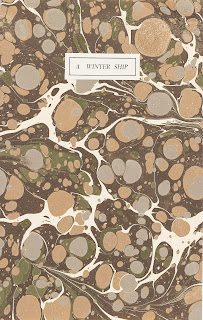 You can see this copy visible in the Bonhams auction image of all twenty-two copies. It appears on the bottom row, second from the left. And the copies available on eBay at the moment appears to be as follows: Copy 1 is in the top row, fourth from the right, and Copy 2 is on the bottom row, all the way to the right. 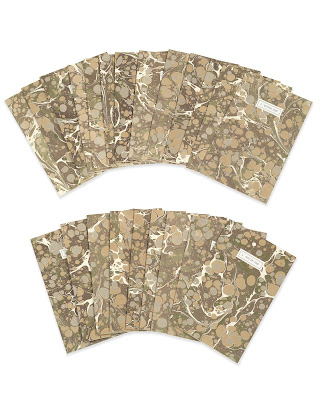