In the first paragraph of Sylvia Plath's novel The Bell Jar, Esther Greenwood sets the tone going, like a fat gold watch, for the entire book. 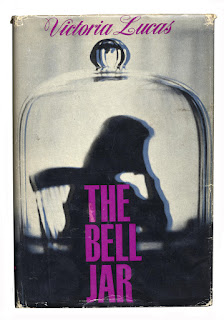 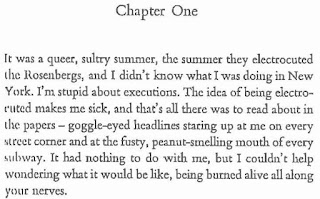 She foreshadows her own experiences with Electroconvulsive therapy later in the book. She has two sets of treatment: the first does nothing to life her depression and launches her into a suicide attempt; the second restores her to health. One of a number of "doubles" themes that runs throughout the novel.

But in that first paragraph, Esther places the herself as an information consumer in a hectic world of newspaper headlines: "that's all there was to read about in the paper – goggle-eyed headlines staring up at me on every street corner..."

So much information has been digitized that I thought it might be interesting, upon my bi-annual reading of the novel, to see if any of these New York City newspapers that Esther (and Plath) saw in June 1953 were available digitally.

There was a lot going on in the world when Plath (and Esther) was in New York City in June 1953. The headlines initially were concerning the coronation of Queen Elizabeth II. There was a disastrous tornado or two. President Eisenhower and Syngman Rhee were in the news regarding the situation in Korea (which also means China and Russia were being reported on). Hikers reached the top of Mount Everest.

The news about the Rosenbergs did not start appearing on the front pages of the two newspapers that I checked until the 16th of June. From that point on there was daily front page coverage, largely in large bold, "goggle-eyed" font. Below are the front pages from the Daily News and Newsday. 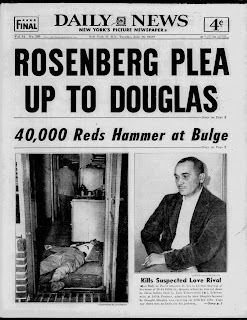 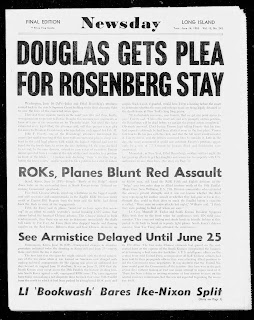 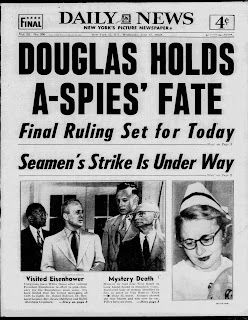 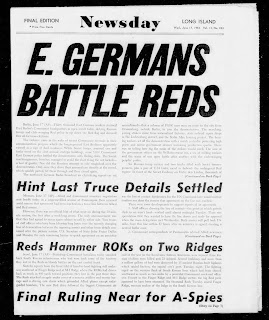 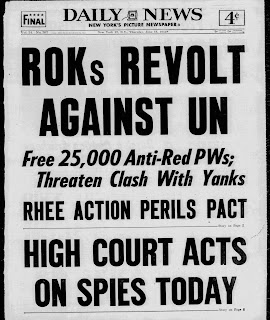 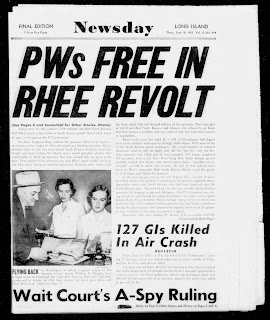 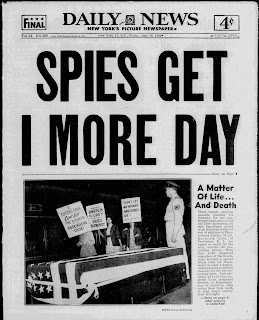 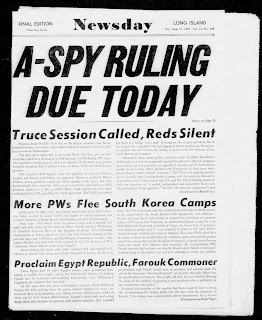 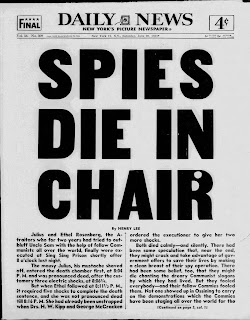 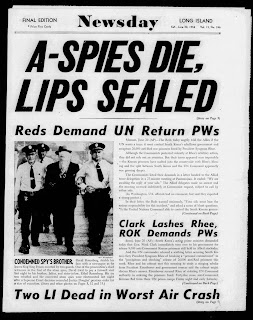 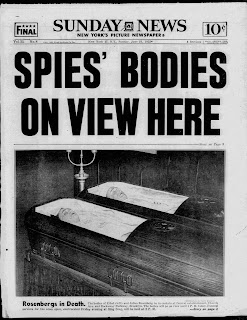 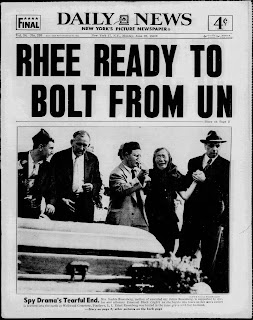 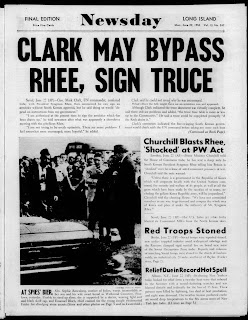 On the 14th of June, The New York Times has a mid-first page headline of "Rosenberg Ruling Likely Tomorrow." On the 16th, "High Court Denies A Rosenberg Stay; New Plea Today" was at the top left of the first page. Same position on the 17th read, "Ruling By Douglas In Rosenberg Case Delayed To Today." On the 18th in large font: "Rosenbergs Gain A Stay; Review Set." On the 19th, still in the top left, "Court Hears Spy Debate; Rules Today."

On the 20th, The New York Times finally moved them off the top left to center/right with the big bold headline: "ROSENBERGS EXECUTED AS ATOM SPIES AFTER SUPREME COURT VACATES STAY; LAST MINUTE PLEA TO PRESIDENT FAILS". This article included photographs of the husband and wife captioned "Their Death Penalty Carried Out." A secondary article reads, "Pair Silent To End." 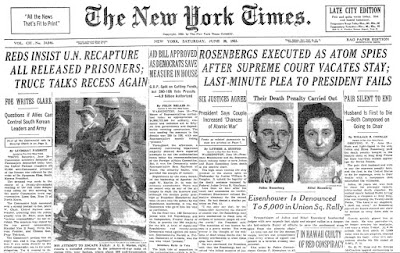 I always like seeing the things that we can confirm Sylvia Plath saw or that we suspect she saw. How about you?
If you benefited from this post or any content on the Sylvia Plath Info Blog, my website for Sylvia Plath (A celebration, this is), and @sylviaplathinfo on Twitter, then please consider sending me a tip via PayPal. Thank you for at least considering! All funds will be put towards my Sylvia Plath research.
Sylvia Plath The Bell Jar