In 2000, when The Journals of Sylvia Plath (unabridged) was published, readers got access to Plath's 1957-1959 journals, which had previously been sealed.

In her 31 December 1958 journal entry, written in Boston at 9 Willow Street, Plath talked about a letter she wrote to Ted Hughes' parents. A letter that before The Letters of Sylvia Plath, Volume II was published readers could only dream about.

She remarked in the journal entry, "Ted read my signature on the letter to his parents as 'woe' instead of love. He was right, it looked surprising: the left hand knows not what the right writes" (452). 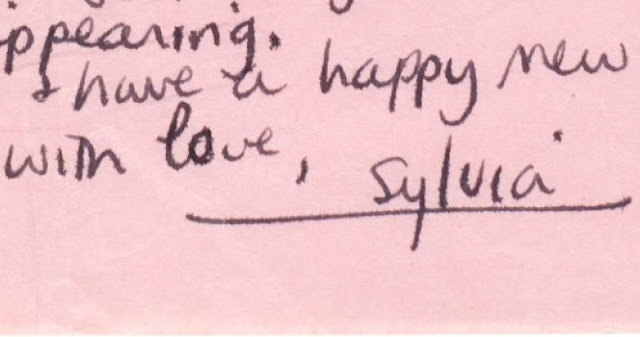