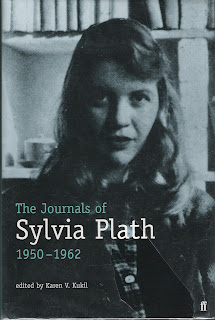 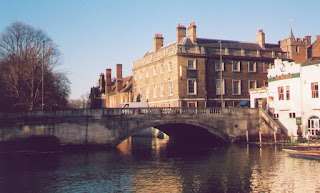 On Thursday morning, 20 February 1958, in Northampton, Massachusetts, Sylvia Plath wrote the following in her journals: "let the people: Jane Baltzell (whom I have just written to, come & take my place) and Barry Fudger & Chris Levenson & Ildiko Hayes & Judy Linton & Dan Massey & Ben Nash - let all their names - Gary Haupt - Mallory Wober - John Lythgoe - Keith Middlemass - Luke Meyers - take on the aura, magnetic & radiant, of sacred objects & move solid in the time & space of Cambridge" (334). She was looking forward to the end of her teaching year, toward her "year of writing." She planned to "create people, slimy & funny & noble, & give it a year of my life: the poems also: The Earthenware Head & Falcon Yard" (334). Wait… that previous sentence. Does that mean that Plath had a poem called "Falcon Yard"? She certainly had one called "The Earthenware Head". Curious. (The letter Plath, writing as "Sylvia Plath", mentioned writing to Jane Baltzell Kopp appears in The Letters of Sylvia Plath, Volume II, pages 216-17.)

Well, we know that Plath did intend to write a novel called Falcon Yard. The is an extant outline for the novel, held by Emory University.

But, this post is about some of those people that Plath mentioned taking on an "aura…of Cambridge."

Dick Gilling was a producer of science programs for the BBC in England and ABC in Australia.

M. Philippa (Forder) Goold was professor emeritus of classics at Mount Holyoke College. Born in Southern Rhodesia (now Zimbabwe) in 1932, she received a BA and MA from the University of Cape Town and an MA from Newnham College at Cambridge University. At Mount Holyoke, where she taught from 1967 to 1973 and again from 1977 to 1996, she was for many years head of the classics department and also held the chair of Professor of Classics on the Alumnae Foundation.


Garry Haupt passed away earlier than many in this post. He was Phi Beta Kappa at Yale before his Fulbright to Pembroke College, Cambridge. By 1957, he had received a Yale Fellowship for a Ph.D. in English. He married in September 1957. An obituary for him revealed he was an associate professor of English at Memphis State University and author of two books. The obituary is rather gruesome, reporting he passed away on "June 5 when he plunged seven stories (from room 717) to the sidewalk from the Tennessee Hotel. He had a son, George, daughter, Virginia, and brother, George. Papers reported he had mental health "problems."


Emmet Larkin was a University of Chicago history professor and one of the nation’s leading scholars of Irish history.


Christopher Levenson taught English and Creative Writing at Carleton University, Ottawa, for almost thirty years, co-founded and was first editor of Arc magazine, before moving to Vancouver in 2007. He has published twelve books of poetry.


John Lythgoe was a Senior Research Fellow at the University of Bristol and an expert on the appearance and color of fish underwater. He came from a distinguished line of scientists, being the fourth generation in his family to graduate from that most famous of Cambridge University's colleges, Trinity.


Daniel Raymond Massey was an English actor and performer who has 71 credits on IMDB.


Winthrop Dickinson Means was a member of the Department of Earth and Atmospheric Sciences at Albany University faculty since 1965, 20 years as a full professor, and in that time served two years as chair of the Department of Geological Sciences. In this 37-year career at Albany, he developed innovative research techniques and methods that have forever altered how scientists study the deformation of the Earth's crust and the complex processes used in that investigation.

Ben Nash was, in 1961, a TV director. The Evening Standard reported that year he planned secretly to marry the portrait painter Shirli Scott-James.

Valerie Pitt was born in London in February 1925. She was a Fellow, Newnham College, Cambridge, from 1953 to 1958, and also taught at Woolwich Polytechnic, later the University of Greenwich. Pitt reviewed Plath's The Bell Jar for the Sunday Telegraph.


Carl M. Shakin was a Distinguished Professor Emeritus at Brooklyn College of the City University of New York, a leading scholar in relativistic theories of nuclear structure and nuclear reactions, and an American Physical Society Fellow.


J Mallory Wober is Fellow of the British Psychological Society, a Broadcasting Audience Research expert, and author of several books. An interest is the Psychology of Music particularly into the functioning of rhythms in 3 and in 2 time.


If you benefited from this post or any content on the Sylvia Plath Info Blog, my website for Sylvia Plath (A celebration, this is), and @sylviaplathinfo on Twitter, then please consider sending me a tip via PayPal. Thank you for at least considering!