Sylvia Plath: Did you know... 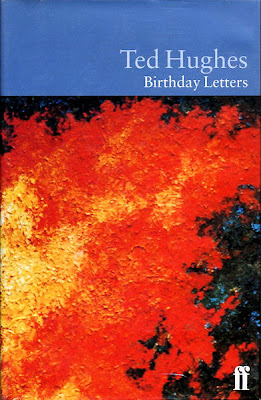 In early 1998, for those of us who were alive, the poetry world was abuzz with Ted Hughes, Sylvia Plath, and, sad to say, Jewel. The first two because of Birthday Letters. The third name, because...well, it was a dark time...

In March 1998, Robert Haas was recently replaced as Poet Laureate Consultant in Poetry to the Library of Congress by Robert Pinksy, but he was a the author of a weekly "Poet's Choice" column in The Washington Post's Sunday insert Book World. He would feature a poem and discuss it. It was must-read reading for me at the time; the column stopped in 2000.

Did you know... Haas' "Poet's Choice" selection for Sunday 15 March 1998 was Sylvia Plath's "By Candlelight". The following week was a poem by Ted Hughes ("Crow's Nerve Fails"). 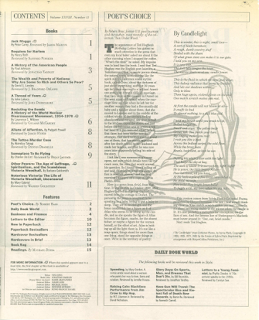 I found the above clipping mixed in with some of my files as I was going through them recently.  Haas published a collection of his "Poet's Choice" essays in 2008 under the title Now and Then: The Poet's Choice Columns, 1997-2000.