"I shall never get [Sylvia Plath] put together entirely"

Since 1994 Sylvia Plath has been a massive part of my life. For Christmas that year I received a copy of The Bell Jar, The Collected Poems, and Paul Alexander's Rough Magic. Within a year I had, at a minimum, Letters Home, the yellow paperback copy of The Journals, Susan Van Dyne's Revising Life, and Anne Stevenson's Bitter Fame. 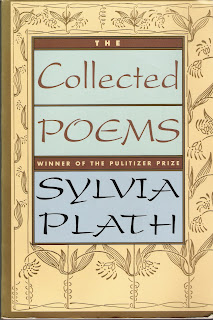 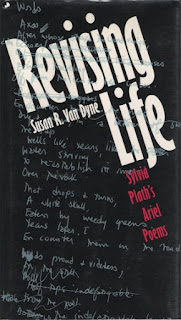 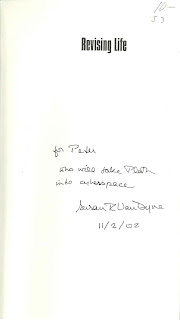 Like the speaker of Plath's poem "The Colossus", if you allow me to slightly fudge my numbers, for

Thirty years now I have labored
To dredge the silt from your throat.
I am none the wiser.

I counted my books about Plath....there were roughly 170. I counted the copies of Plath's books I copiously bought...there were more than 150. (51 of them were different printings of The Bell Jar, including one in Braille!) There were audio-visual materials, too, as well as other miscellaneous stuff totaling about 100 other items as well as a couple file drawers filled with articles, essays, and reviews about Sylvia Plath which I started accumulating, also, in 1994. The bookcases and shelves looked like this in early April 2022.

For days, weeks, and even months I thought about the possibility of letting the books---which might be the largest private collection of books by and about Plath---go. Some were used well, and some I read once and never opened again. As is evidenced by the fact that I found a program for a wedding in 1999 in which I was a groomsman tipped into a volume---Plath's Incarnations, if you are curious. Admittedly it was a pretty bad-ass move showing up solo to a wedding reading that!

After much deliberation, I offered these books---as well as my collection of more than 1,200 print articles and reviews about Plath; audio-visual items; books by and about Ted Hughes, Frieda Hughes, and Assia Wevill; and other relevant books---for purchase to Gary and Utica. Within a short amount of time we reached an agreement. I am thrilled they went as a collection to Utica where Gary and students (and maybe outside researchers?) will be able to make more use of them than I have, or than I ever will again. The books were packed up and Utica took possession of them nearly a month ago now on the 8th of June.

As Mr Fullove says in Graham Greene's The Ministry of Fear "There's nothing so heavy as books, sir—." In all, there were 15 boxes, and they weighed a total of 414.4 lbs. I could almost hear the floor in my office relax once these materials were taken away.

This was not an easy decision to make. I hope that no one takes offense with me because I parted from books that some have given freely and with decidedly warm inscriptions. (I did make scans of said inscriptions because they do genuinely mean the world to me.)

At one point my intention was to obtain a copy of every edition and printing of books by Plath. I fell short in this. Likewise, I sought to get a copy of every book about Plath in English. I may have been closer to this goal. But with the collection moving on to a better place now, now "I shall never get [Sylvia Plath] put together entirely."